This week’s episode we talk about episode we discuss Alicia Keys son getting his nails painted and Porsha Williams on Real HouseWives of ATL.

See we as humans tend to feed off of other people’s misery and we also tend to judge without putting ourselves in the other person’s shoes.

AD says it all the time, being straight or gay or any other alphabet is stricktly about sexual preferrence. The verb, the action of sex. We are all humans first. Alicia Keys felt the need to protect her son from judgment of the outside world. The boy wanted rainbow nails.

We as adults tend to push what is acceptable for girls and boys onto kids. Listen in as Vee talks about how she is guilty of this very action when it came to her son.


“  I can honestly say im guilty of it until my son Thomas schooled me. So for a while his favorite was My Little Pony .

Let’s think about it people he is a kid. He likes colors but AD makes a great point. Make sure you listen in to see how AD puts the situation in its place.

“So while you’re upset alicia just take a moment to realize where he’s getting this thought process from and who’s going to be upset with him or feel funny about him … so if yourself to preach to the world about everyone trying to judge your son , watch the people around you.


Thanks for rocking with us family!

Make sure you invite someone to check us out.  @apodcastabout —> on all platforms

WTF is going on? 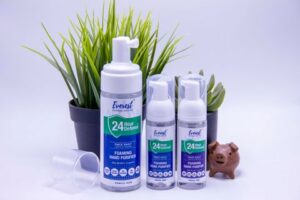